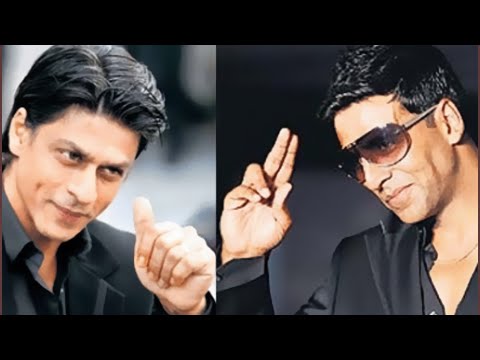 Bhubaneswar: Bollywood superstars Shah Rukh Khan and Akshay Kumar, among others are all set to give a power packed performance at the opening ceremony of the Odisha Hockey Men’s World Cup at Kalinga Stadium in Odisha capital on November 27.

According to a source who is working with the State government to organise the event, said a discussion was held with the two Bollywood stars and they have confirmed it.

Shah Rukh and Akshay will perform a few dance numbers to entertain the fans. This apart, a Bollywood dance troupe had been roped in to perform in the opening ceremony.

SRK’s ‘Jab Tak Hai Jaan’ co-star’ Katrina Kaif was also approached by the organisers but it is yet to be confirmed whether she is coming or not, the source added.

Oscar-winning music director AR Rahman, who was roped in by the Odisha government to create the official anthem for Odisha Hockey Men’s World Cup, will perform live during the opening ceremony.

Rahman and veteran Bollywood lyricist Gulzar are joining hands again to create the song. The song’s video will also be directed by Rahman.

Earlier, Chief Minister Naveen Patnaik, in a statement had said: “It will be an honour to have him perform live in Bhubaneswar. He is the voice of India and now with this song, the voice of India is the voice of the world cup. We are also fortunate to have Gulzar Sahab add his poetic magic to the composition. Coming together of these two legends will not only inspire the players but will also get the entire nation together to support this wonderful game unfolding in Odisha at the world cup.”

If everything goes as per the plan, then Odisha will see the firstever live performance of all these big stars on a single stage.

The Odisha government has planned to set a new benchmark by organising the Hockey World Cup and leaving no stone unturned to make opening ceremony a star-studded affair.

The fourteenth edition of the Men’s Hockey World Cup is slated to take place in Bhubaneswar from November 28 to December 15, 2018. A total of 16 countries are participating in the tournament.