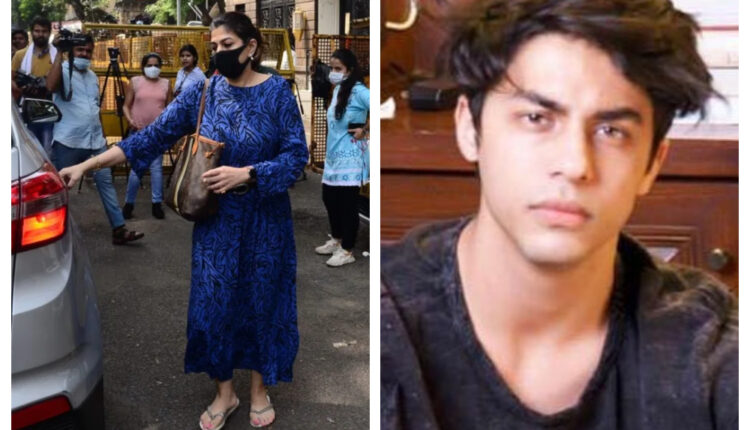 Aryan has been remanded to NCB custody till October 7.

When approached by the media, Dadlani refused to comment on the purpose of her visit.

Soon after Dadlani’s visit, NCB officials were spotted escorting the event organisers of the cruise ship rave party to a medical test.

Superstar SRK’s fans meanwhile have come out in support of his family during this turbulent time. After several social media campaigns, Shah Rukh’s fans were spotted outside his residence ‘Mannat’ holding placards that featured messages of support.

“We all fans from every corner of the world love you deeply and unconditionally! We stand with you in these testing times! Take Care King,” read one of the placards.

Aryan will be taken to court for his bail hearing on October 7.