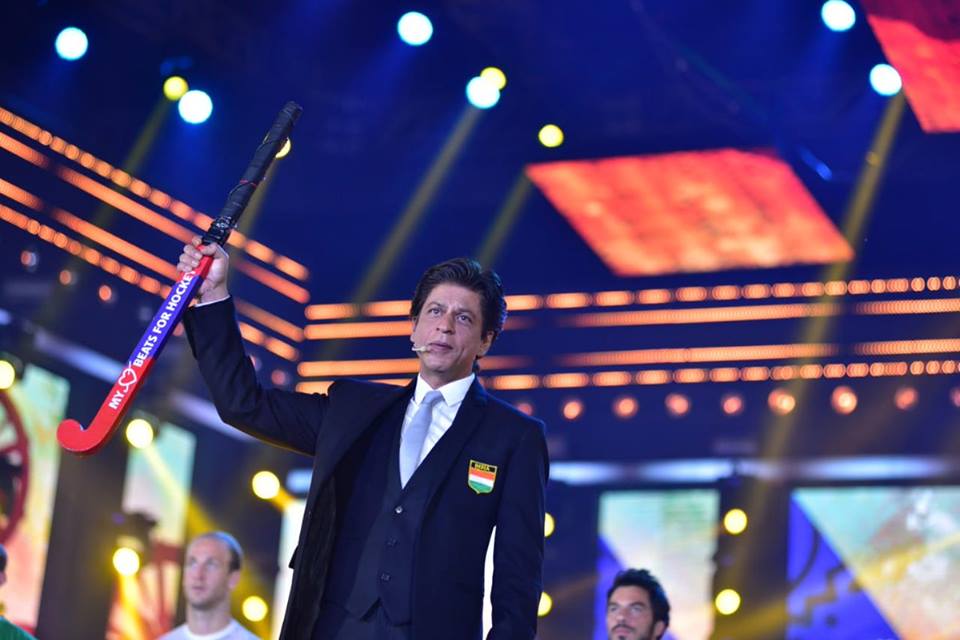 Bhubaneswar: Bollywood superstar Shah Rukh Khan, who was the centre of attraction at the opening ceremony of the Hockey World Cup 2018 here, expressed his gratitude to Odisha and Chief Minister Naveen Patnaik for warm welcome and love at the mega international event.

Thank u Odisha for all the excitement, love & the grand beginning to the World Cup Hockey. @naveen_odisha it was lovely to meet u sir. To all the players have a great tournament….& yes..Chak De India! pic.twitter.com/bQ2BajiG7O

Yesterday, the Kalinga Stadium in Bhubaneswar was filled with huge crowd and fans waving at Shah Rukh when he entered on the stage like a hero at the opening ceremony of Odisha Hockey Men’s World Cup. He struck a chord with the audience by speaking a few lines in Odia while addressing the crowd. He also expressed his interest and passion for hockey.

Although he did not perform on the stage, his presence and good wishes will definitely give a boost to Team India to repeat history in Hockey World Cup.