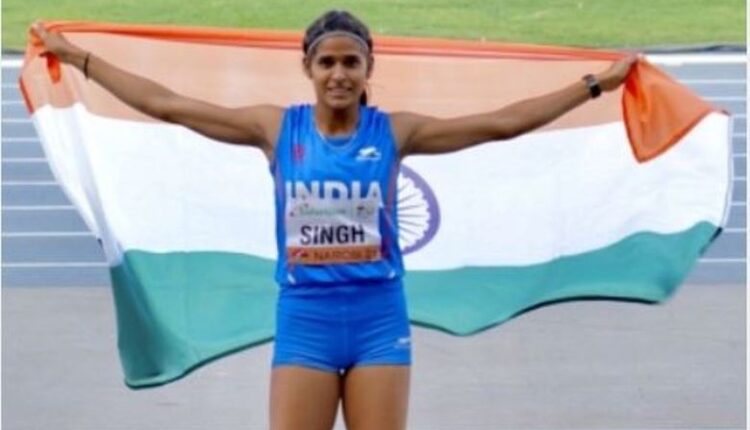 Nairobi: India’s Shaili Singh improved on her personal best of 6.48 metres with a superb effort of 6.59 in the women’s long jump final but lost out on the gold medal by an agonizing one centimetre on the final day of competitions at the World Athletics U20 Championships in Nairobi, Kenya, on Sunday.

The 17-year-old Shaili, coached by former jumper Bobby George and his wife Anju Bobby George, had to be satisfied with the silver medal despite a brilliant performance in Nairobi during which she improved on her personal best twice, once to qualify for the final (6.48) and then in the final — 6.59 meters.

Shaili had taken the lead with a leap of 6.59m on her third jump but Sweden’s Maja Askag cleared 6.60 on her fourth jump and took the gold medal as Shaili fouled her next two attempts and could manage only 6.37 metres in the sixth and final jump. Maja had also won the women’s triple jump gold earlier in the championships.

Shaili had started off with an identical 6.34 in her first two jumps but came up with the big leap in the next attempt to jump into the lead.

Saili’s silver medal is the third medal for India in the World Athletics U20 Championships 2021 adding to the silver won by Amit Khatri and the bronze by the 4×400 Mixed Relay team.