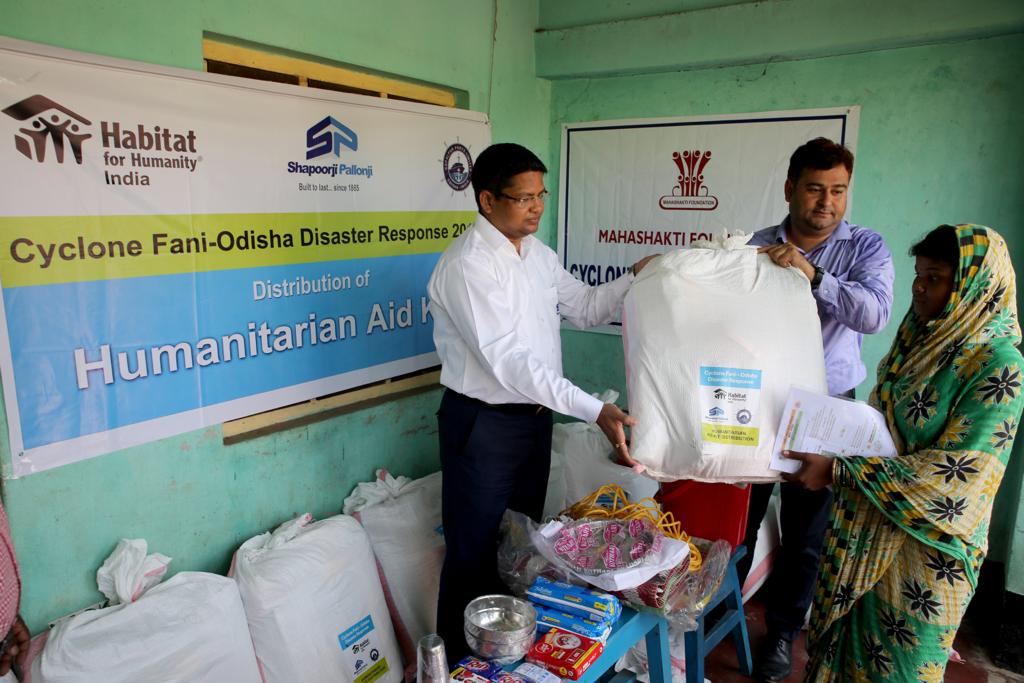 Puri: In response to cyclone Fani that wreaked havoc in various parts of the state, Shapoorji Pallonji Group reached out to the people of Puri who lost their livelihoods in the natural catastrophe.

Members of the group visited the gram panchayats of Gandamunda Bhoi and Bila Bhoi under Puri Sadar block today and distributed relief materials among the affected families.

The kits included a number of shelter items like tarpaulin and rope, household kit including plates and tumblers, sleeping mats, buckets and mugs, toiletries including soaps, towels, toothbrushes and toothpaste apart from mosquito coils and sanitary napkins. Also, chlorine tablets were provided to the families as groundwater in the area is feared to be contaminated.

Relief materials were distributed among 75 families. Villagers appreciated the efforts of the team as they felt the items in the kit will be helpful in maintaining normalcy in their lives.

Jagadish Chandra Rout, Associate Vice President, Corporate Affairs and Communications, Shapoorji Pallonji Port Maintenance Limited said, “Shapoorji Pallonji Group is committed to the noble cause of serving the people of cyclone affected district of Puri. We always stand by the rebuilding process and development of the people of Odisha”.

The relief programme was hosted by the Group with support from “Habitat for Humanity India” and “Mahashakti Foundation”.