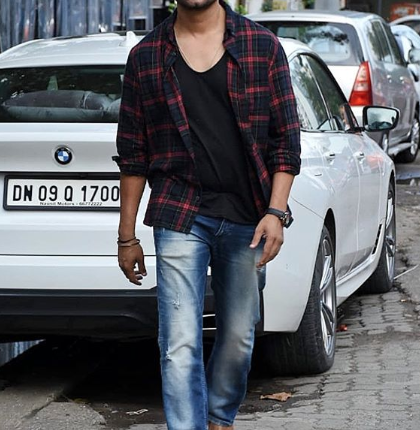 New Delhi:  Actor Sharad Kelkar does not worry about being typecast as a villain and finds playing the negative character “fun”.

Sharad, who is an accomplished dubbing artist, who lend his deep voice to the lead character in “Baahubali” series, ventured into Bollywood in 2012 with the film “1920: Evil Returns”, where he was seen playing the evil spirit.

His has played the grey character with elan in films like “Bhoomi” and “Housefull 4”, too.

“I am not worried about being typecaste as a villain because it is the other thing the industry needs. Until and unless there is a villain there can’t be a hero. So, I am happy with that space,” Sharad told IANS.

The actor, who has had a successful run in the small screen, says he wants to grow as an actor.

“I want to grow so I want different kind of roles and thankfully I am getting… I am not very insecure. I am not tired playing villain as such, but yes I need change in between… I do projects in different roles… But playing a villain is fun,” he added.

Sharad says the audience will get to see him in different roles.

“For an actor doing different kind of roles is very important so you will see me in different avatars. Last time I did ‘The Family Man’ people appreciated that character. There’s ‘Housefull 4’ where I played a negative character, then there is ‘Tanhaji’… and ‘Rangbaaz 2’… There is one more series .. I am trying to do different roles and I hope people like me in different avatars,” he said.