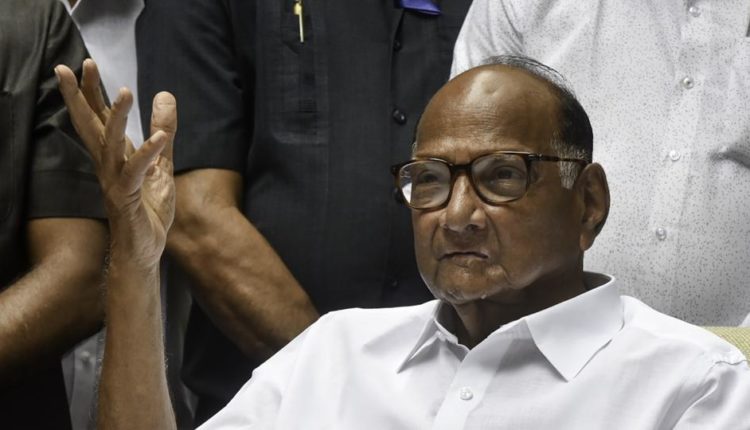 Mumbai: Nationalist Congress Party Sharad Pawar on Saturday said that the move by the NCP Group Leader in Maharashtra Legislature to form a government with the Bharatiya Janata Party was “his personal decision and not of the NCP”.

“We place on record that we do not support or endorse this decision of his,” Sharad Pawar said, indicating a vertical split in the NCP, though the complete details are yet to emerge.

BJP state President Chandrakant Patil said that Ajit Pawar has the support of at least 15 MLAs, plus there are others and independents which will give the BJP alliance support of around 160 legislators.

“All the supporting legislators shall have a meeting on Sunday afternoon in Mumbai,” he added.

Pawar Senior is likely to address a press conference on Saturday later to give further details and even on his talks with the Sena leaders since the political landscape changed in the morning.

Meanwhile, NCP state President Jayant Patil said Ajit Pawar had expressed even late on Friday that “the discussions were dragging on for too long” though a final breakthrough was expected on Saturday after the Shiv Sena-NCP-Congress unanimously approved Sena President Uddhav Thackeray as the next Chief Minister.

Vaani’s skimpy top with ‘Ram’ on it draws police complaint