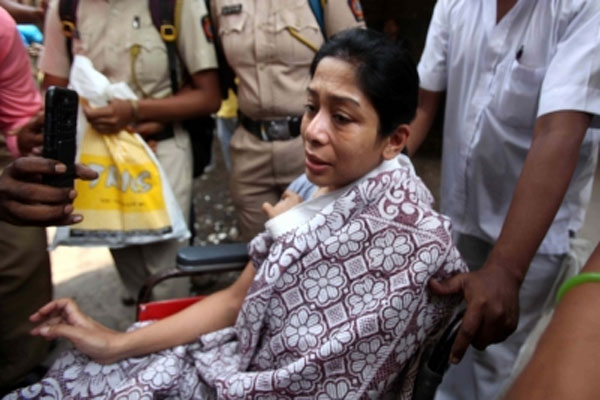 A bench headed by Justice Nageswara Rao noted that she has been in jail for over six years and the trial won’t be concluded in near future. The bench also noted that the case is based on circumstantial evidence and that even if 50 per cent of the witnesses are given up by the prosecution, the trial would not get over soon.

During the hearing, senior advocate Mukul Rohatgi, appearing for Mukerjea, submitted before the top court that his client has been in jail for more than six years and taking into account the ongoing state of affairs it is apparent that the trial will not come to an end in 10 years. “Six and a half years she has been in jail. The trial is not going to end in the next 10 years,” he submitted before the court.

The top court asked Rohatgi, how many witnesses are there in the case. Rohatgi responded that 185 witnesses are yet to be examined. He added that no witness has been examined in the past one and half years, and her husband is already on bail.

Rohatgi further submitted that the trial court has been vacant without a presiding officer since June, 2021. He also informed the top court that his client is also not well. “My husband is on bail. This lady is not well. She is suffering,” he said. Mukherjea has been in jail since her arrest in the murder case in 2015.

Recently Mukerjea created a sensation by sending a letter to the CBI claiming that her daughter Sheena Bora was alive. The CBI has made it clear this particular angle will not be taken up, unless there is an intervention from the court.

In April 2012, a case was filed with the Mumbai Police alleging kidnapping and murder of Sheena Bora. In 2015, the CBI took up the investigation. Indira was arrested and so was her husband Peter Mukerjea, who was granted bail in March 2020.

In December last year, Indrani wrote a letter to the CBI stating that she would move the special court to record the statement of an inmate who had claimed to have met Bora in Kashmir.

The court has rejected her bail on several occasions. In November last year, the Bombay High Court rejected her bail plea, noting that material in the form of circumstantial evidence strongly supported her direct involvement in the murder.