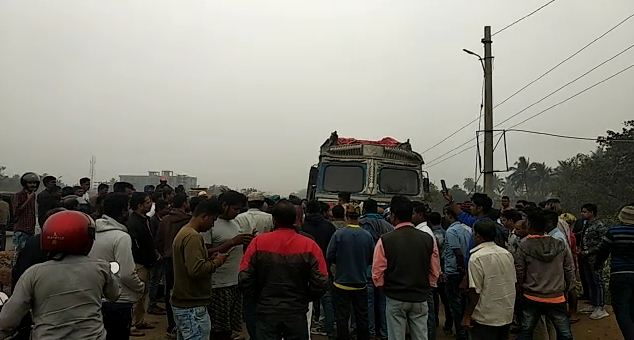 Bhadrak: Heart-wrenching scene unfolded on NH-16 near Sahapur Chhak in Odisha’s Bhadrak district today as an accident victim was lying on the road in a pool of blood while locals were taking photos and recording videos of the incident instead of rescuing and hospitalizing him.

A cement-laden truck had hit a motorcycle on which two persons were travelling. While both fell from the two-wheeler, the truck ran over the pillion rider leaving him critically injured.

Passersby soon gathered at the spot but none of them came forward to rescue the injured person. The victim remained unattended till arrival of police, who rescued him and rushed him to the District Headquarters Hospital.

However, it was apparently too late to save the victim as doctor declared him dead at the hospital.