Bhubaneswar: Even as Antivenom is believed to be most effective medication in medical science for treatment of certain venomous bites and stings, superstition still prevails in human society where acid is reportedly being used to treat snakebite envenomation.

Such barbaric practice carried out in Dhenkanal district has been brought into notice of the Government by the Snake Helpline in Odisha.

“The acid-burnt victims are also facing severe social inferiority and stigma. Furthermore, their working ability is completely halted during the suffering period. The permanent damage aftermath of the recovery can be ascertained by medical experts,” Mallick wrote.

In the letter, he shared the information on an illegal and barbaric act being practised by a quack namely ‘Suka Barik’ on snakebite victims following his recent to Mrudangapalli village under Motanga Police Station in Dhenkanak district.

He said that he found 3 such cases during his short stay at the village where the quack was treating snakebite victims by applying ‘acid’ on the injury part. 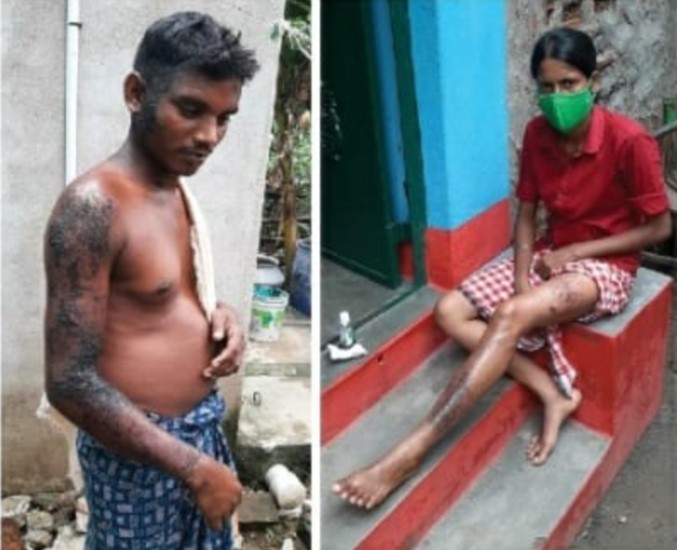 Sharing details about the cases, he said that Sarita Mohapatra (25) of the village was allegedly bitten by a snake at around 11.30 pm on August 17. The girl was taken to Suka Barik, who applied acid on the victim’s leg and thigh. Within 24 hours, the victim suffered severe acid burn injury which is evident from the photograph and video attached to the letter.

The same process was followed in case of two other snakebite victims — Subhashree Mohapatra (46) and Niranjan Behera (30) of the village — who were brought to the quack for the treatment of scorpion and snakebite envenomation respectively.

“I am pretty sure that the quack is using acid because he used brush to apply it on human body. The practice of acid as chemical burning was practised before 1900. This method was long banned in India and as well in Odisha,” Mallick wrote.

It is worth to be mentioned that Odisha is among a very few states where snakebites are being centrally monitored through Odisha State Disaster Management Authority (OSDMA).

However, the quack ‘Suka Barik’ is playing mockery with State Government’s policies and machinery, the Snake Helpline head alleged.

He urged CM Patnaik to take stringent action against quacks like ‘Suka Barik’, who ill-treats snakebite victims in Odisha, and take steps to stop such barbaric practice by initiating process to arrest the culprit.

He also prayed the Government to ask the Dhenkanal CDMO to conduct a survey at Balaramprasad area under Motanga PS to detect more number of acid-burnt victims in the district.