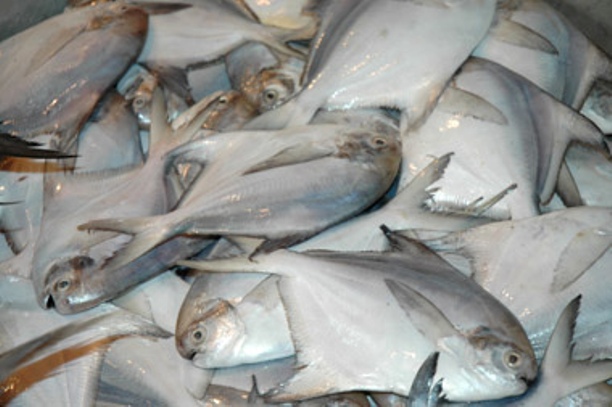 Bhubaneswar: Here is a bad news for the fishetarians that a cancer causing chemical ‘formalin’ was found in fishes available in the markets in the city.

The presence of formalin was found in the saltwater Pomfret commonly known as pamphlet fish samples collected from Unit IV fish market in Bhubaneswar yesterday.

According to reports, colour of the Pomfret fish sample was changed during the chemical test on the fishes collected from the market.

The presence of formalin was proved after a sample of pamphlet fish turned violate during examination.

An official in the fisheries department said that the report will be sent to the government to take remedial measures.

“A 12-member officials team had collected nine varieties of fish samples from different fish vehicles and counters at Unit IV market. The formalin was detected in only one Pomfret fish out of the samples collected from the market,” said Fisheries and Animal Resources Development Minister Pradeep Maharathy after reviewing the report.

“However, except pomfret, no other fishes including rohi, mirikali, hilsa, prawn and bhekti, which are common in our food menu, were tested positive to formalin,” he told reporters.

The fisheries department will take necessary action by forming task force in every district to prevent import of such fishes adulterated with formalin to the market, he added.

In view of Assam banned the fishes imported from Andhra Pradesh, Odisha Government decided to examine samples to detect presence of cancer causing chemical formalin in the fishes.

As per the order, a team of technical officers headed by Joint Director of Fisheries (coastal) PR Rout had collected fish samples from transport vehicles, wholesale counters and other sale points at Unit 4 wholesale fish market at around 4.00 am today.

The fish samples of different species of marine, freshwater and brackish water were collected and taken for laboratory analysis using the formalin testing kits provided by CIFRI, Barrackpore.

“When we came to know about use of formaldehyde in fishes for preservation, we sent a team of officials to Unit IV fish market to collect samples of differents fishes from vehicles and shops. The officials collected the samples between 4.00 am and 6.00 am,” Fisheries and Animal Resources Development Secretary Vishal Gagan told media.

“Out of nine samples collected from the fish market, one sample of pomfret fish was found positive to formalin. The trader identified as Ratnakar Behera is being interrogated regarding the source of procurement. If the trader will have fishes at his shop in the market, the fishes will be destroyed,” he said.

Other samples will be verified in order to prevent the sale of fish adulterated with formalin used for enhancing the storage life.

The move came after a news on adulteration of formaldehyde in fishes was widely published in different local newspapers and electronic media yesterday.

Earlier, the use of formalin in the fishes to keep it fresh was reported from Astaranga area and it was aired on a local television news channel.

Notably, formalin is used for the preservation of biological specimens and embalming, which is a funeral custom of treating human remains to delay their decomposition.

Odisha: MPs can now speak in Santhali language in RS