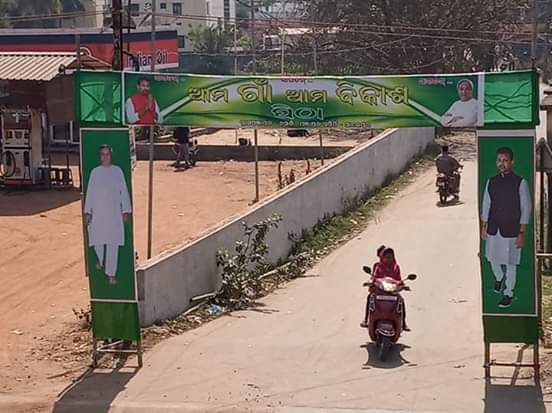 Salipur: Amidst election heat, Congress MLA Prakash Behera was found in ruling BJD’s poster during a PEETHA programme in his Assembly constituency giving a clear indication about his future plan.

He was spotted standing along with Chief Minister Naveen Patnaik in the poster put up for the Peoples Empowerment Enabling Transparency and Accountability (PEETHA) programme at Champati area in Salipur recently.

His face in the poster during BJD’s programme spread rumour in the media about his plan to join the ruling party ahead of the elections.

However, Salipur legislator Behera refuted such report. He said that any of his supporters might have used his photo in the BJD poster. He denied speaking to media about his reported future plan.