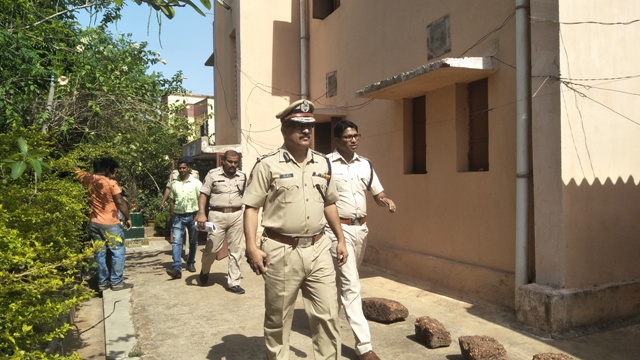 Bhubaneswar: A man posing as a Railway Protection Force (RPF) personnel allegedly looted gold jewelries from the residence of a railway official in a filmy way at Railway Colony in Mancheswar here on Friday.

The accused fled with the valuables following robbing the house in broad day light.

The entire plot of looting the house a ‘reminiscent’ of Bollywood movie ‘Special 26’.

According to reports, the accused posing as a RPF staff entered the house of railway staff Srinivas Rao in his absence at Railway Colony in Mancheswar. He told the family members that a case has been registered against Rao by the Railway department and his house will be searched. He executed his plan very meticulously and looted around 15 tola gold jewelries from the house.

Without giving the family members a second thought to suspect his fake identity, the accused took Rao’s son and daughter with him along with the gold jewelries on his bike citing them that Rao is in RPF custody.

He dropped the son and daughter of Rao somewhere away from the house and fled with gold jewelries.

“The incident took place when I was absent at house and was on duty. The fake RPF man looted around 15 tola gold jewelries from my house,” said Srinivas Rao, who is working as a Khalasi in Railway department.

The accused put the wife and children of Rao in trap and looted the house on pretext of search ordered by the RPF, said a neighbour of Rao.

Sources said that the looter had targeted another house for robbery in the locality before visiting Rao’s residence but failed. However, he succeeded looting the valuables from Rao’s residence.

Police launched probe into the incident and trying to nab the accused. Police Commissioner YB Khurania and Bhubaneswar DCP had visited Rao’s residence and asked his children about the incident.

A scientific team also rushed to the house for probe. However, no clue was found about the looter, who was in RPF uniform.