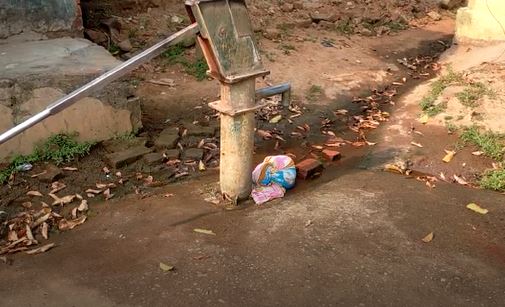 Sambalpur: In a heart-wrenching scene, a man was found roaming in a village of Sambalpur district holding a severed head after allegedly killing an eight-year-old girl this morning.

The incident was reported from Kasada village under Jamankira police limits in the district. However, police have detained the accused identified as Prashant Bagara (35) and are interrogating him in this connection.

As per repots, the minor girl, daughter of one Naba Kishore Dharua of the same village had gone to a nearby field for defecation early this morning. All of a sudden, the accused came out of nowhere and attacked the girl with an axe beheading her on the spot. Later, the accused went to the village holding the severed head.

After seeing the horrifying scene, some locals raised an alarm, following which the man threw the severed head near a tubewell and tried to run away. The locals detained the accused and later handed him over to police. Jamankira police station IIC Premjit Das also visited the crime scene to take stock.

However, the exact reason behind the murder was not ascertained till the last report was filed.

FIDE election to be hosted by Chennai in August