Shocking! MLA gets possessed by Goddess in Odisha 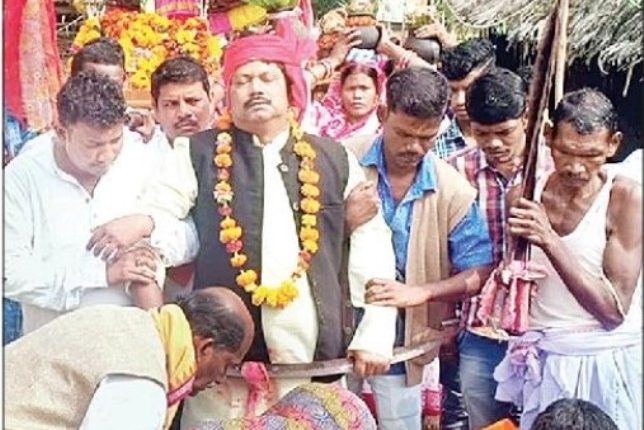 Athamallik: At a time when science and technology rule the roost, superstition still prevails in human society. Though the stories of trans possession is quite common in the country, it would be shocking if a leader representing an Assembly Constituency gets possessed by the divine spirit.

Such an incident has occurred at Athamallik area in Odisha’s Angul district, where MLA Ramesh Chandra Sai was in divine possession briefly during a puja of village deity yesterday.

According to reports, the sort of trance possession occurred in the middle of the puja while singing devotional hymns. The legislator, who was part of the ceremony, suddenly behaved differently.

He was mumbling incoherently and his entire body was trembling. However, the divine possession lasted for a while and he appeared normal subsequently, said eyewitnesses.

Many believe that drumming, clapping, chanting of holy mantras and burning incense and camphor usually triggers the divine possession during worship.

However, researchers term such change in behaviours as the symptoms of psychological disorders like schizophrenia and Borderline personality disorder.

Tagore Legacy at Puri to be demolished