Shocking! Odisha tribal woman taken away by force for marriage 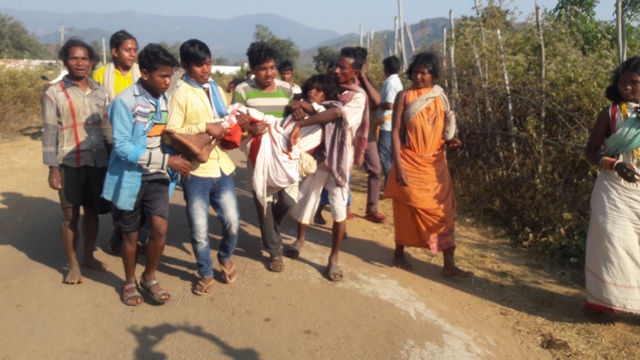 Rayagada: In a shocking incident, a young woman belonging to Dongaria tribal group was abducted and taken away by force in name of tradition for marriage here in the district.

While several initiatives are being undertaken for upliftment of tribals and their society, the young women are going through ordeals in name of their tribal culture and traditions.

The inhuman act occurred at Debhapada village in Parsali panchayat under Kalyansinghpur block in Niyamgiri hills area in the tribal district where the woman was abducted by a man with help of his family members and taken by force following which the victim became unconscious on the way.

The man identified as Mandari Huika and his family of Railima village in Sunakhandi panchayat took the girl by force from the village yesterday.

According to reports, Mandari had chosen the girl for marriage a year ago. However, the girl’s family had not given their consent for the marriage with him.

As part of the tradition for the customary marriage, Mandari along with his family and few villagers visited Debhapada village yesterday and abducted the girl took her inhumanly on the forest road about 12 km till Puiguda village from where the girl was taken to Railima in an autorickshaw.

The type of nuptial ‘Marriage by Capture’ is practiced in tribal society when a boy is interested in a girl but the girl’s parents are not willing for the marriage of their girl with the boy. As a result, the boy with help of his family members takes away the girl by force and ties the knot with her without her and her family’s consent.