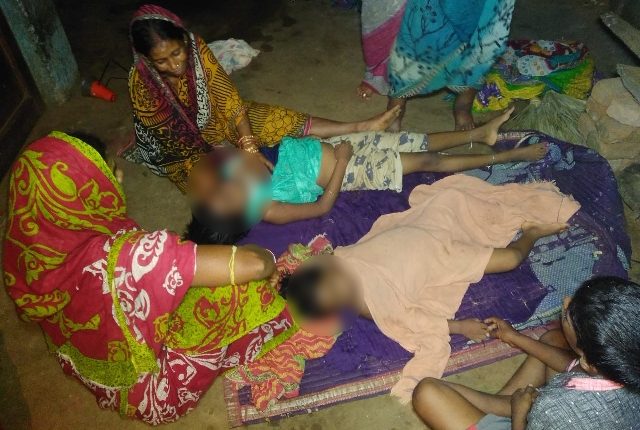 Nayagarh: A woman allegedly killed her son & daughter by administering poison to them and later throwing the duo into a pond at Laxmiprasad village under Khandapada police limits in Odisha’s Nayagarh district last evening.

More shockingly, the woman also attempted to end her life by jumping into the water body after consuming poison.

According to reports, Kalyani Khuntia, the woman, after having a dispute with her husband Babi Khuntia in the afternoon, poisoned her son Sai (5) and daughter Sibani (10) around 7 pm. She then threw her children into a nearby pond and jumped into it after having poison.

Though the three were rescued from the pond by villagers, Sai and Sibani had died by that time. The woman has been admitted to the district headquarters hospital. The husband of the woman went absconding after the incident.

On the other hand, the family members of the woman alleged that her in-laws have committed the crime by administering poison to Kalyani and her children. Police have started investigation into the matter.