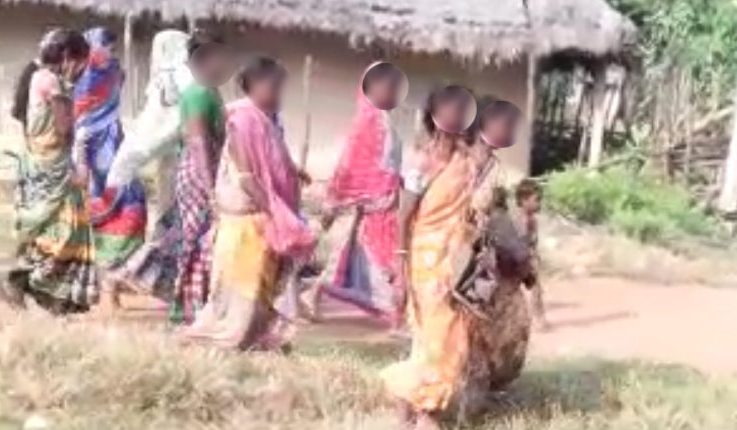 Dhenkanal: Activities and performance of women self help groups could be put under scanner raising one’s eyebrow following a shocking incident here where two village women were victim of a self help group’s fury.

As part of punishment for going against a self help group, two women were beaten up, their faces were smeared with black ink and they were paraded in the village with shoe garlands.

Even after lodging the complaint with police, no action has been taken so far against the accused self help group.

The incident occurred at Dadaraghati under Parjang police limits in Dhenkanal district on Oct 24. However, entire episode came to fore after the video featuring humiliation to two women went viral after two weeks.

Police registered a case under sections 341, 323, 354, 504 and 509 against nine persons including self help group’s secretary and other members on basis of a written complaint filed by two women victims at Parjang police station on Nov 3.

However, no arrest has been made yet.

We have not arrested the accused fearing possible tension in the village, said Parjang IIC Lingaraj Lenka.