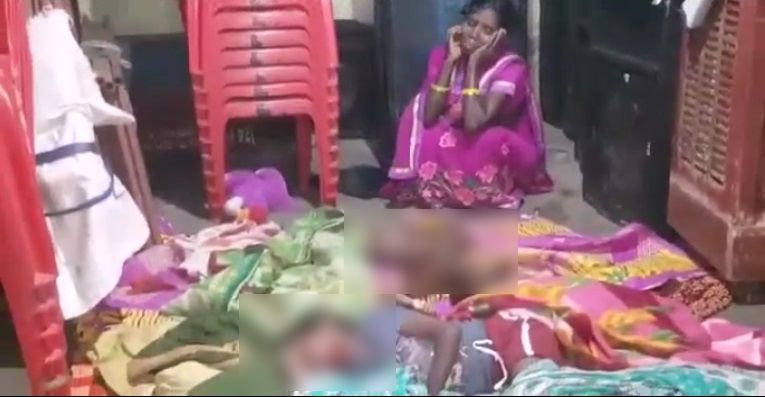 Bhawanipatna: In a shocking incident, a woman allegedly killed her two sons by slitting their throats and ended her life here in Odisha’s Kalahandi district.

The deceased woman was identified as Bimala Majhi. While her two sons were lying dead with throat slit at home, her body along with decapitated head was found on a railway track. The bodies of three were recovered on Monday morning.

The incident was reported from Singajharan village under Bhawanipatna Town Police limits in Kalahandi.

According to reports, Bimala allegedly slit throat of her sons Rabindra Majhi (4) and Dushmant Majhi (6) with a sharp weapon in absence of her husband while they were sleeping with her on Sunday night. As her head was found decapitated from body and lying on railway track, the prima facie suggested that she might have been run over by a train.

The Bhawanipatna Town police recovered the bodies today morning and initiated probe to ascertain the circumstances under which she murdered her sons and took extreme step to end her life.