Showcause notice to 15 degree colleges in Odisha. Here’s why 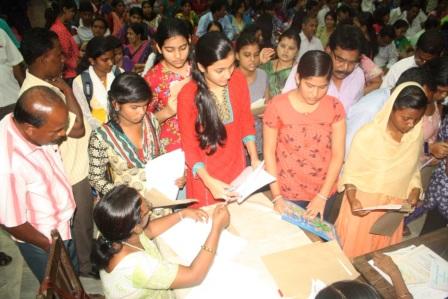 Bhubaneswar: The authorities sent a showcause notice to as many as 15 degree colleges of 10 districts over decline of students’ enrolment in the academic session 2018-19.

The notice was served to the colleges asking the reason for declining trend of students to get enrolled into various streams in Plus Three colleges and why action will not be taken to withdraw recognition to the colleges under section 6-B (D) of Orissa Education Act, 1969.

While 14 colleges were asked to submit the reply within seven days, only Model Degree College in Nayagarh was exempted from the deadline.

The colleges that were served the notice register less than 10 students in the academic session 2018-19.

According to reports, thousands of seats are lying vacant in the streams — Arts, Science and Commerce — even after fourth phase admission in the current academic session. The students’ enrolment is recorded very poor especially in commerce being offered by various degree colleges across the State.

Here’s the list of colleges that register less than ten students in various streams in 2018-19.

21 high schools to have Plus Two Science stream in Odisha