Shutdown to be imposed in this Odisha dist till July 31 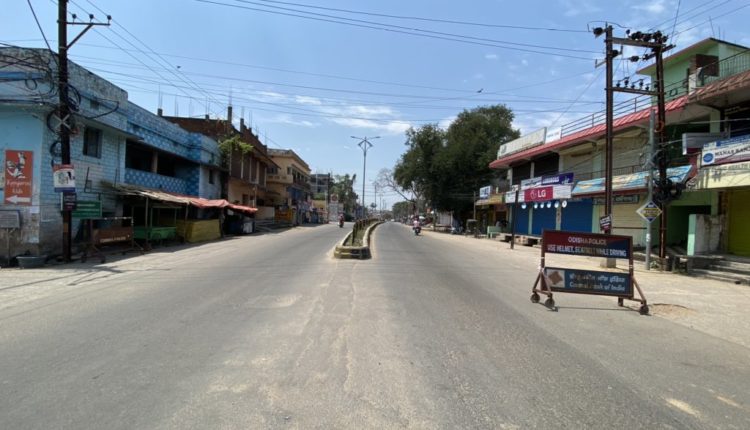 Sambalpur: Shutdown will be imposed in Odisha’s Sambalpur district from July 22 to 31 for COVID-19 containment, an official order of the Collector said.

During this period, intra-district movement of public and private transport, shops and establishments, government and private institutions and movement/assembly of people are restricted. No two-wheelers except for the exempted categories activities mentioned below will be allowed to ply during the period of shut down.

During the phase of shutdown, only the following activities shall be allowed:

* All medical establishments including hospitals, clinics, nursing homes including medicine stores and movement of ambulance and all medical personnel.

* Movement of goods and good carriers, whether loaded or unloaded, industrial establishments, factories and construction activities.

* Marriages and Funerals with permission of the local authority.

During this period, all shops & commercial establishments, offices and institutions shall remain closed and mobility of people restricted and no two-wheelers except for the exempted categories activities mentioned below will be allowed to ply:

* Banks, Insurance and Financial Institutions including Service Organisations to operate with not more than 25% of their manpower strength for essential banking transactions and ATM feeding agencies from 8 am to 2 pm.

* Cold storage, warehousing services and packaging units including their transportation.

* All medical establishments including Govt. and private hospitals, clinics, nursing homes, including medicine stores. Movement of ambulances and all medical personnel including Doctors and Paramedics.

* Operations Railway Stations, Bus Terminals and their associated offices, movement of associated personnel and activities. Road transport and movement of transiting vehicles on highways. Movement of goods and goods carriers, whether loaded or unloaded. Movement of Public Transport, private vehicles and taxis to and from airports, railway station and bus terminals/stands/stops, for facilitating the movement of passengers by air, rail and road.

* Shops selling vegetables, grocery and milk between 6 am to 1 pm.

* Petrol stations, CNG Stations and LPG, including their bottling, distribution and retail outlets.

* Operations of e-commerce establishments such as Flipkart, Amazon etc. including their warehousing and delivery activities.

* Marriages and funerals, with permission of the local authority.