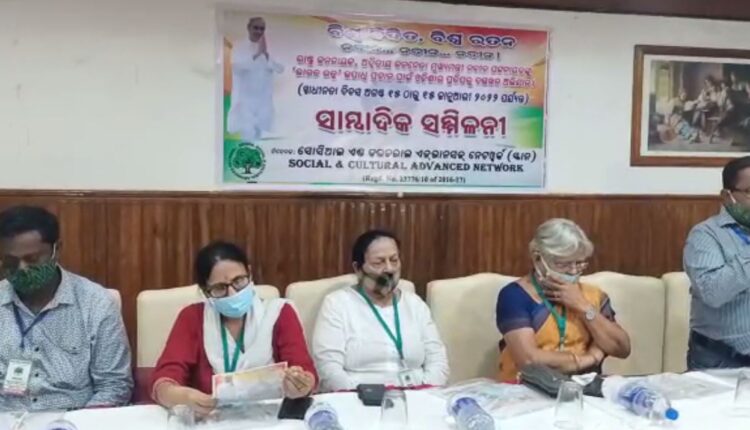 Informing media persons about the signature campaign Convener of the SCAN, Sudhansu Sekhar Moharana said around 1 crore signatures will be taken from five municipal corporations, 34 municipalities, 67 NAC areas, 53,845 villages of 314 blocks. The signature campaign urging the President to honour Patnaik with the highest civilian award will be launched from August 15, 2021 from Maa Samalei Peetha in Sambalpur district till January 15, 2022.

Former MLA and Advisor to SCAN, Raseswari Panigrahi said Patnaik has set examples for leaders across the country and abroad by serving people as the Odisha Chief Minister since 2000. With his unhindered service to the people, Patnaik has drawn praise from national and international quarters, she said, adding the Odisha Chief Minister is a strong contender for the honour.

Among others, Deputy Advisor to SCAN Gurjeendra Singh Dingra, Parvathi Seth and other office bearers were present during the presser.