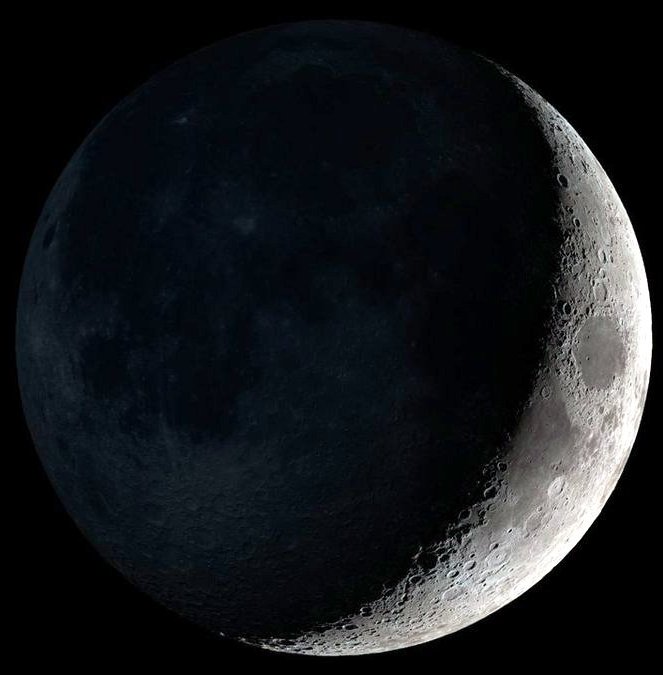 Using data from NASA’s Lunar Reconnaissance Orbiter, or LRO, scientists have identified bright areas in craters near the Moon’s south pole that are cold enough to have frost present on the surface.

The new evidence comes from an analysis that combined surface temperatures with information about how much light is reflected off the moon’s surface.

“We found that the coldest places near the Moon’s south pole are also the brightest places — brighter than we would expect from soil alone — and that might indicate the presence of surface frost,” said Elizabeth Fisher, graduate student at Brown University in the US.

The icy deposits appear to be patchy and thin, and it is possible that they are mixed in with the surface layer of soil, dust and small rocks called the regolith, according to the study published in the journal Icarus.

The frost was found in cold traps close to the Moon’s south pole.

Cold traps are permanently dark areas — located either on the floor of a deep crater or along a section of crater wall that doesn’t receive direct sunlight — where temperatures remain below minus 163 degrees Celsius.

Under these conditions, water ice can persist for millions or billions of years.

Fisher, who carried out the data analysis while doing research at the University of Hawaii at Manoa, and her colleagues found evidence of lunar frost by comparing temperature readings from LRO’s Diviner instrument with brightness measurements from the spacecraft’s Lunar Orbiter Laser Altimeter, or LOLA.

In these comparisons, the coldest areas near the south pole also were very bright, indicating the presence of ice or other highly reflective materials.

The researchers looked at the peak surface temperatures, because water ice would not last if the temperature creeps above the crucial threshold.

The findings are consistent with another team’s analysis of LRO data, reported in 2015.

“These findings demonstrate once again the value of studying the Moon from orbit long-term,” said John Keller, the LRO project scientist at NASA’s Goddard Space Flight Center in Greenbelt, Maryland.

“All of this work begins with comprehensive data sets made up of years’ worth of continuous measurements.”

Together, the two studies strengthen the case that there is frost in cold traps near the Moon’s south pole.

Understanding the nature of these deposits has been one of the driving goals of LRO, which has been orbiting the Moon since 2009. (IANS)