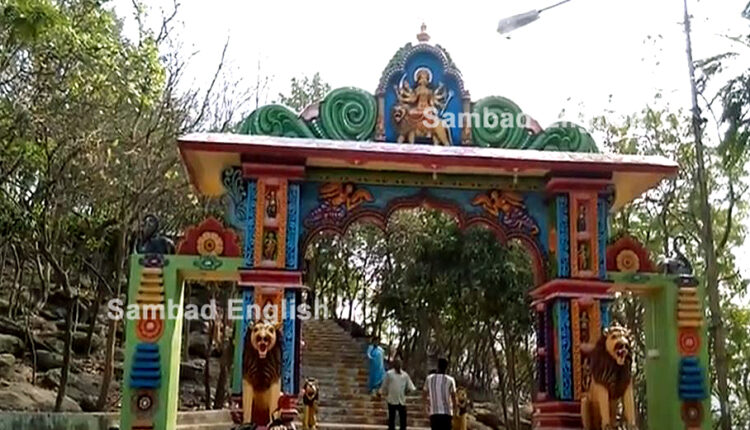 Bhubaneswar: Chief Minister Naveen Patnaik today approved a master plan for the proposed beautification and development of Sikharchandi temple located on the outskirts of Bhubaneswar, which is to be taken up with an estimated cost of Rs 25 crore.

An official source said that the project will spread over a patch of land measuring 53.64 acres, including the main temple and its surrounding areas. After completion, the shrine will become one more centre of attraction for local denizens as well as tourists coming to the State Capital.

According to Chief Minister’s Office (CMO), a visual presentation with regard to the master plan was given by the Bhubaneswar Development Authority (BDA) Vice-Chairman Balwant Singh, in a high-level meeting of senior officials convened for the purpose.

BDA will carry out the proposed beautification and development works and also look after its daily maintenance. Accordingly, the entire area to be developed has been divided into four zones.

Zone-1 will have a parking facility, an amusement park for visitors and a developed space for other activities, including basic amenities. Similarly, Zone-2 will have a View Point and a Trekking Route. Zone-3 & 4 will be developed for entertainment-based activities along with a community centre.

As per the master plan, the main temple will be beautified and developed. Provisions will also be there for vending kiosks and other facilities outside the shrine, the CMO mentioned in a press release.

It is pertinent to mention, acting on the directives of Chief Minister Patnaik, 5T Secretary VK Pandian had visited the temple a few days ago and ordered to prepare the master plan. The 5T Secretary then advised making the development project conducive to the environment.

World Braille Day 2023: Significance, History and all you need to know