Silent protest ‘Not In My Name’ opposing mob lynching to be held in Odisha capital! 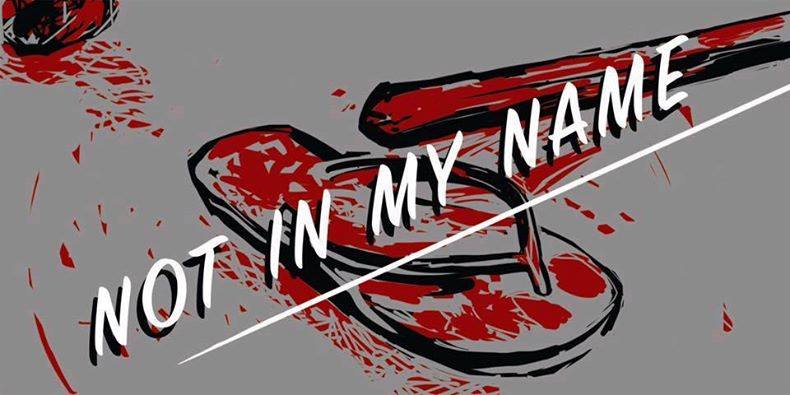 Bhubaneswar: With India spiraling downward into becoming a mob-ruled country, ‘Not in My Name’, a citizen’s silent movement against target-oriented lynchings taking place nationwide, condemning such acts is an attempt to bring about awareness on the right to equality and right to life. After Bengaluru, New Delhi, Mumbai, Kolkata, Hyderabad and Thiruvanathapuram, ‘Not In My Name’ march is now coming to Bhubaneswar, too!

Organised by Jitendra Kumar Biswal, a quadriplegic actor and activist, the Bhubaneswar edition of the protest aims to answer acts of violence with non-violence. When asked why it is a silent protest, Biswal said, ” It’s a call to the conscience of people who believe in equality, human dignity, inclusivity and decency. This is an appeal against the systemic violence being unleashed against Dalits, minorities and other unprivileged groups.”

Being differently-abled he wants to act on his views and set an example for others, as against discussing it in a closed room or make deafening protests on the streets to drive home his point. “Will it be prudent to stage a vocal, violent protest against others’ act violence?”, asks Biswal.

India, in the recent days, has seen increasing attacks on minorities by mobs suspecting them of having stored or eaten ‘beef’ or other caste and religion-based stereotypes and discriminations. Few days ago, a 16-yr old boy Junaid was stabbed to death by 20-25 men on a train in Haryana over allegations of his family consuming beef. Robbers, dalits, minorities, women suspected of being witches have been the victims of mob lynching since a long time ,and now cow vigilantism has worsened the situation. A new wave of terror has spread throughout the country. It is upsetting to see the silence of the government in such cases.

Celebrities and prominent individuals across India have joined this movement. From Kalki Koechlin, Shabana Azmi, Konkana Sen Sharma, Ranvir Shorey to Girish Karnad and Ramchandra Guha have taken to the streets in protest of mob attacks in 10-odd cities today with black armbands and placards.

To know more about the event, visit: Not In My Name, Bhubaneswar