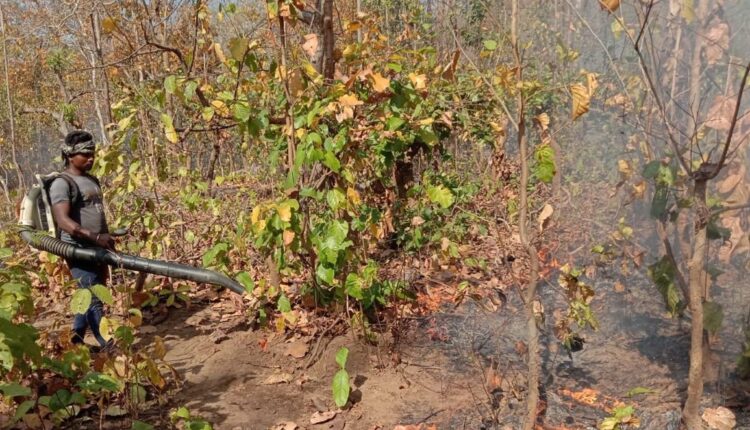 Baripada: At a time when Forest Department staffers and Fire Services personnel are working tirelessly to control the Similipal National Park wildfire, locals have extend helping hands in dousing the flame.

On the other hand, the staffers have left no stone unturned to douse the wildfire as efforts in this regard are underway during night time also.

Hot weather & dark night. Still the staff are on duty to control the flames. pic.twitter.com/KP0jozoEmj

The Mayurbhanj Collector informed that wildfire in the deciduous Sal mixed forest of the Simlipal Tiger Reserve is under control. Field staffers and Fire squads have contained the ground fire using advanced satellite-based fire response system and modern field equipment. No loss of wildlife has been reported, the official said.