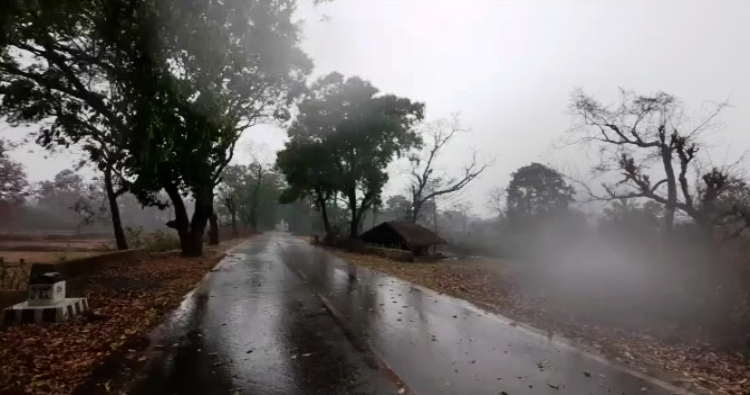 Baripada:  In what could be termed as a divine intervention in the Similipal wildfire, rainfall accompanied with hailstorm occurred in many parts of Pithabata Forest Range and other parts under the sanctuary today.

Based on the satellite picture captured from a radar in Paradip in the afternoon today, the Regional Meteorological had predicted light to moderate rain in Mayurbhanj district.

The sudden rainfall has brought little respite to the public as it is expected to douse the wildfire in major portion of the forest.