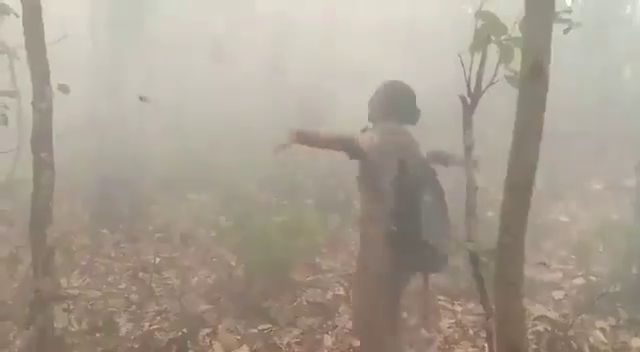 Bhubaneswar: Rain accompanied by hailstorm in some portions of Similipal forest in Mayurbhanj district not only doused wildfire that has been raging for around two weeks, but also brought joy among Forest personnel engaged in tackling the fire.

A woman Forester, Sneha Dhal who has been involved in dousing the forest fire reportedly in Similipal jumped with delight as the rain started pouring in the forest.

The video of the woman Forester jumping amid rainfall and saying the forest fire has been put out went viral on social media.

Today afternoon, rain and hailstorm occurred in many parts of Pithabata Forest Range and other parts under Similipal forest. The sudden rainfall has brought little respite to residents of forest fringe villages in the area.