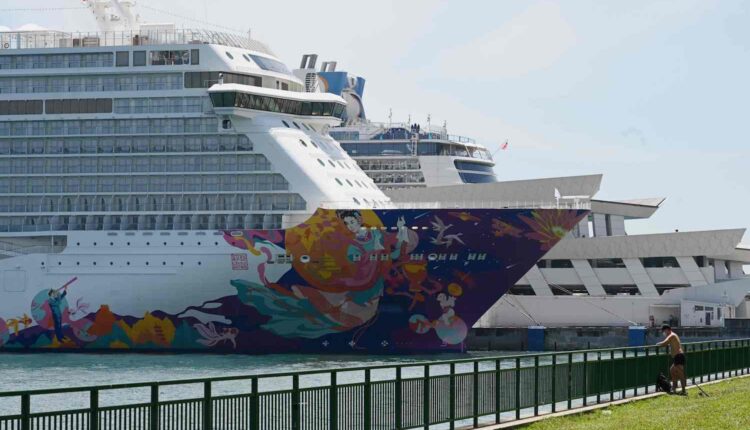 Singapore: A Royal Caribbean ship has returned to Singapore on day three of a four-day after a passenger tested positive for Covid-19.  The city-state’s “cruises to nowhere” – starting and ending at the same port without stops – launched last month. Singapore’s special cruises are only open to its residents.

As per a Reuters report, they attempt to revive the hard-hit cruise industry, which mostly came to a global standstill after ships saw large outbreaks early in the pandemic. On Monday, the cruise left Singapore for a four-day round trip as a part of a ‘Safe Cursing’ scheme, which was announced by Singapore’s tourism board in October.

According to the cruise company’s official statement, the ship turned around after one guest tested positive for the COVID-19 after checking in with the on-board medical team. The 83-year-old Singaporean was the first reported positive to the ship’s medical center with diarrhea and underwent a coronavirus test as part of on-board protocols.

“We identified and isolated all guests and crew who had close contact with this guest and each of those individuals have subsequently tested negative for the virus,” the statement said.

According to The Straits Times, a Singaporean daily newspaper, 1,680 guests and 1,448 crew members were on board.