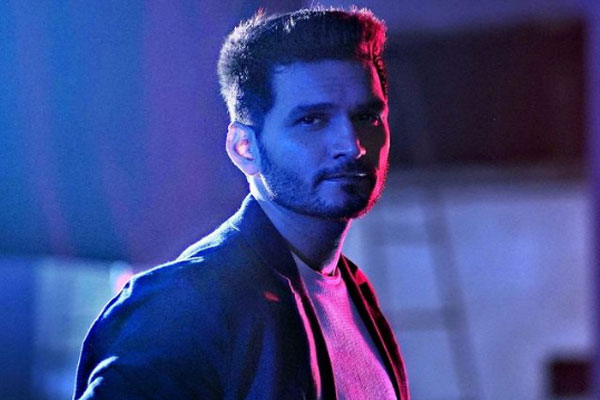 New Delhi:  Pop singer and the voice behind the popular single ‘Tera Ghata’ Gajendra Verma, who recently came up with a series of songs titled ‘Summary: A Musical Series’ for the month of love February, believes that social media is a crucial and transparent medium for indie music artists to reach an audience.

The Qyuki’s artist has collaborated with Virtual Planet Music for the five-song musical series, shot-in-Turkey, on YouTube, which is essentially a simple love story with an extraordinary redefinition. The first song ‘Mushkil Badi’, a foot-tapping, upbeat number, was released on February 1. Subsequently, the songs ‘Kitna Maza Aayega’, ‘Ratjage’, ‘Pehla Pyar’ have been released in the run-up to Valentine’s Day on February 14, which is when the last song of the musical series ‘Aaj Phir Se’ will be released. The songs capture the mood of love in a beautiful manner, Gajendra reaches Istanbul and the journey of love kickstarts.

Excerpts from an interview with the musician:

What is your approach to music? What does it mean to you?

Verma: Music is something with which I identify myself with. One can actually know me through my music, and it is something through which I can express my feelings, very honestly. I think I am most honest with my music.

Your single ‘Tera Ghata’ is an iconic song and has found an international audience. Can you share details?

Verma: Yes, I have received a lot of love for my song ‘Tera Ghata’ and thank you for saying it’s an iconic song, but I can’t really tell what made it such a big hit. I can only guess that maybe a lot of people related to it, and it was exactly today’s generation needed to hear of love.

What are your thoughts on the Indie music scene in India?

Verma: The Indie music scene in India is growing, and it’s a really great thing for the country and for its music because there are so many new songs, new artists, and new genres which are coming out, in the last 2-3 years and I am really happy about it.

How has social media helped in building an audience for independent talent in music?

Verma: I think social media plays a very big role in growing the Indie scene because it’s a medium for the artists to reach directly to their audience and their fans. It’s like a direct proportion where if you make good music, you get good listeners and so that’s like a very transparent thing. I think it’s a great medium to evaluate your music as well.

Your music series ‘Summary’ is releasing episodes. What is your thought about it?

Verma: Basically, what happened was, me and my director, my elder brother Vikram Singh, we were thinking about a story for a song, and it was a different song and we thought we cannot really tell a complete story in 4 minutes because it’s quite short. We thought of a series of songs that tell a complete story, and we get 20-25 minutes to tell this complete story. That’s where we got the idea and I started working on the song and the story simultaneously. It came out really well and it is received very well.

How was it recorded and shot?

Verma: Actually, the whole experience was really new. A lot of challenges you know and lots of disagreements also, but it was great, it was beautiful, it was learning, we were shooting in Turkey and I think we have never shot for such a long schedule before and it was actually great for everyone; we are really happy with the final product as well.