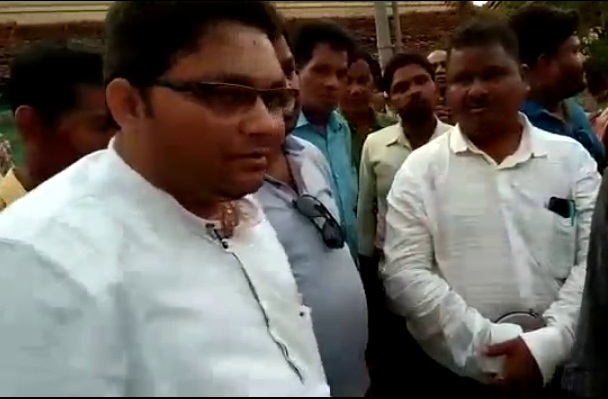 Bhubaneswar: Odisha Works Minister Prafulla Mallick today ordered for a probe into the incident of Patnagarh MLA Saroj Meher forcing a government official to do sit-ups as punishment for alleged poor quality of road construction in his constituency.

Mallick also directed to investigate into the allegation of substandard road construction work.

Meanwhile, Patnagarh police today registered a case against the legislator on the basis of an FIR lodged by the government official’s wife. The case has been registered under Sections 341, 363, 294, 323, 353 and 355 of IPC and Section 3 of SC/ST (Prevention of Atrocities) Act.

A video clip had surfaced yesterday, in which the MLA was seen forcing Jaykant Sabar, a junior engineer of the Public Works Department (PWD) of Belpada block in Balangir district, to do sit-ups.

Speaking to the media, Sabar alleged that the executive engineer of the Public Works Department (PWD) had slapped him in public on the order of the Patnagarh MLA.

“The MLA asked me to do sit-ups. But as I requested him with folded hands not to punish me in this manner, he said if I would not do the sit-ups, the people present at the spot will thrash me. The executive engineer slapped me on Meher’s instruction, and so, apprehending further attacks and humiliation, I did the sit-ups,” he said.

On the other hand, Meher has apologised for the incident. “The locals were angry over poor road construction work in their area and demanded action against the official. As the situation was out of my control, I had to ask the official to do sit-ups,” said the MLA.

IAF AN-32 crash: Flight Lieutenant from Odisha among missing officials