Six bikes, one SUV set on fire during Danda Nacha in Odisha 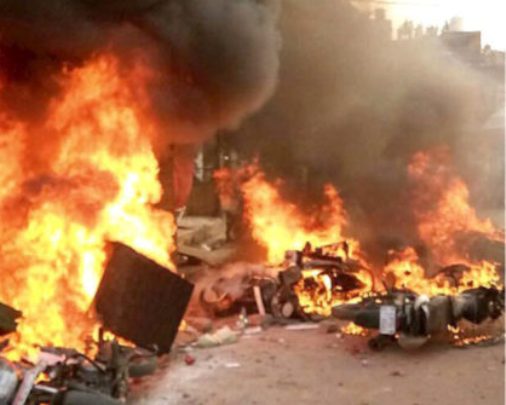 Bhanjanagar: Some miscreants set six bikes and a SUV on fire during Danda Nacha on a village road in Ganjam district.

The vehicles were completely burnt when the fire tender reached the spot.

The incident was reported from Landei Sahi under Bhanjanagar police limits in Ganjam district on Thursday.

According to reports, few miscreants set afire six bikes and one Bolero parked at the backyard garden during Danda Nacha, which was organised by a local identified as Dayanidhi Behera, on village road yesterday.

The cause behind the incident is yet to be ascertained.

After getting information about the incident, police reached the spot and launched inquiry.

Notably, the Danda Nacha is a ritual performed ahead of Maha bisuba Sankranti also known as Pana Sankranti.

Engineering student among 3 held for IPL betting in Odisha