Six boars fall into well in Sonepur, fished out 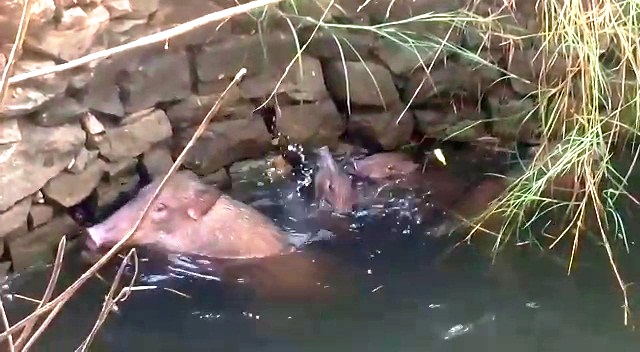 Sonepur: Six wild boars were rescued from a well by forest officials with help of locals at Khaliapali village here in the district this morning.

The animals had fallen into an abandoned well last night. The locals spotted them inside the well in the morning. They informed the forest department about the incident.

After getting information from the villagers, the forest personnel rushed to the site and launched rescue operation.

The wild boars were fished out of water with help of a big stick. Later, they were released into the forest.