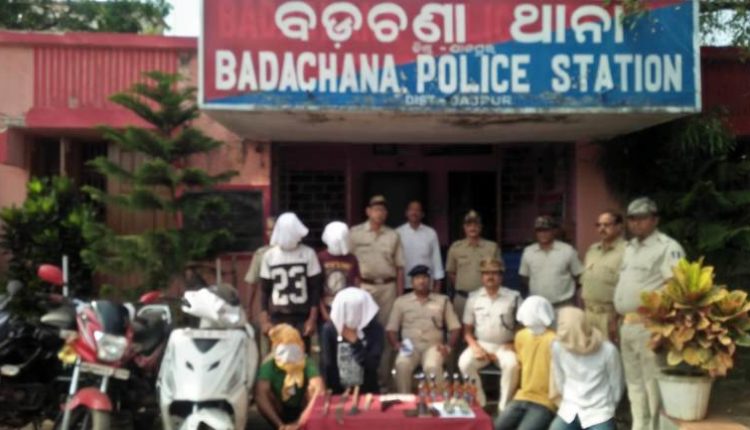 Jajpur: The Barchana police has arrested six dacoits while allegedly planning to execute their loot plans. Also, three vehicles, one gun, six bombs, three mobile phones and arms were seized from their possession.

Acting on reliable information, a police team led by Assistant Sub Inspector Sanjeeb Kumar Thatoi raided a place in Chandikhole bazaar late last night. The cops found that six persons had assembled near the abandoned building near Santilata stock yard of Chandikhole located by the side of NH-16 and taking liquor.

During the questioning, the suspected dacoits revealed that they were preparing to commit dacoity near Srirampur toll gate located on Chandikhole-Paradeep road and near Neulapur village.

Besides, the cops seized weapons like pistol, bombs and sword from the arrested persons.

Later the arrested persons were forwarded to a court.