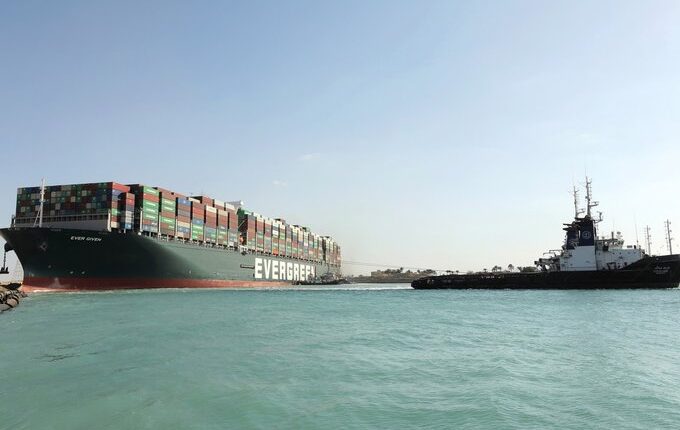 Cairo: A massive container ship which had blocked the Suez Canal since March 23 has been freed and re-floated, maritime service provider Inchcape Shipping said on Monday.

The Panama-flagged ship, Ever Given, had veered off its course in a single-lane stretch of the canal during a sandstorm.

Efforts on to refloat container ship stuck in Suez Canal

“The MV Ever Given was successfully re-floated at 4.3 a.m.. She is being secured at the moment,” Inchcape Shipping tweeted.

The high tide on Sunday night helped to free the ship, the service provider indicated.

The vital waterway is expected to be ready to resume traffic by 11 a.m. (local time), an Egyptian presidential advisor on the Suez Canal projects said on Monday, according to the Dubai-based television CNBC Arabia TV.

So far, there has been no official confirmation from the state Suez Canal Authority (SCA).

Dredgers and tug boats had been working around the clock to free the massive 400-metre-long-vessel.

The blockage of the canal led to disrupted supply chains and sent ripples through global markets.

According to the canal authority, around 370 ships were waiting for passage on both sides of the canal, including 25 oil tankers.

Financial news wire Bloomberg reported there could even be 450 waiting ships.

The Suez Canal, which connects the Mediterranean to the Red Sea, provides the shortest shipping route between Asia and Europe.

The blockage was costing the canal operator $13 million to $14 million in losses per day, according to the head of SCA.

Egyptian President Abdel-Fattah al-Sisi had ordered preparations for the possibility of reducing the load of containers on the vessel to help free it.

At least 18,840 ships passed through the canal last year.

The Suez Canal provides one of Egypt’s main sources of income, alongside tourism and remittances from expatriates.