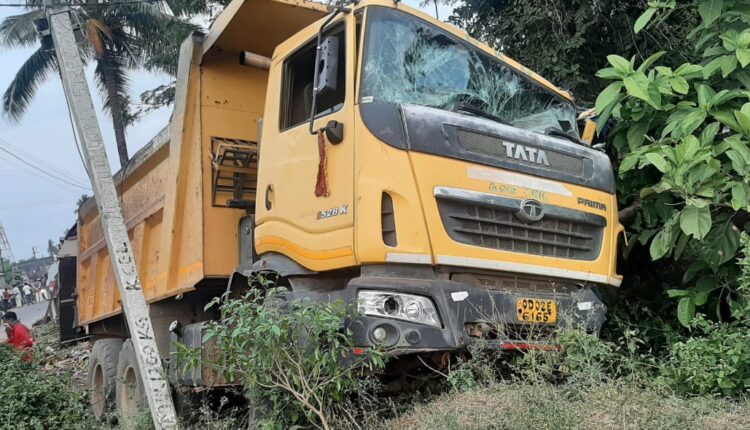 Sarankul: In a tragic incident, six persons including two women and two minors were killed after being hit by a tipper truck in Sarankul town of Nayagarh district today afternoon.

The truck initially hit two women in Chuda Mill Sahi of the town killing them on the spot.

Eyewitnesses said the truck speedily moved into the Sarankul bazaar and rammed into an under-construction house in Suara Sahi. Three male persons were killed at the mishap site whereas one minor child was critically injured at Suara Sahi. Later the critically injured succumbed while undergoing treatment at the hospital.

Driver of the truck managed to escape as soon as locals gathered at the spot.

After receiving information, Police along with Fire Service personnel reached the spot and launched an investigation.