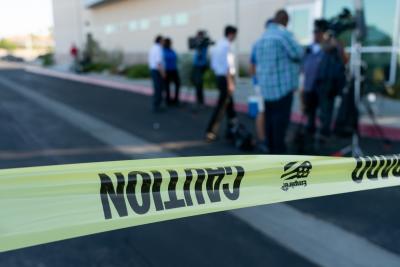 The shooting occurred at around 12.45 a.m. on Sunday at the Holiday Bar located at 2471 Whittier Boulevard in Boyle Heights neighbourhood, Xinhua news agency reported citing the local KTLA TV station as saying.

Witnesses told police a fight had broken out between several individuals when a man pulled out a gun and fired into the crowd, the KTLA said.

It added that four men and two women were wounded, including one victim in critical condition.

The suspect, said to be a 25-year-old man, was taken into custody.

The incident is still being investigated by the police.