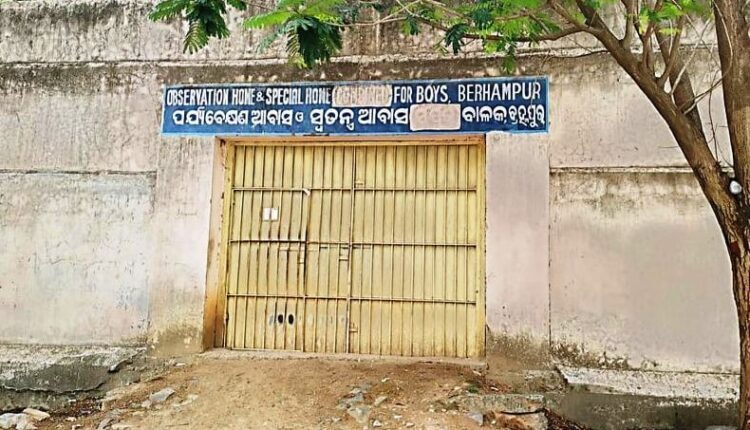 Berhampur: Six juveniles reportedly escaped from the Observation Home and Special Home For Boys here in wee hours today, questioning on the security system at the facility.

Sources said the minor boys fled the observation home by breaking open windowpane of the cell they were lodged in at around 2 AM. When the guard did not find the juveniles inside the room, he immediately contacted Superintendent P Ramesh Rao and informed him about the incident. The Superintend later lodged a complaint at Baidyanathpur police station this morning, following which the cops began a manhunt to trace them.

Of the six in juveniles, two hail from Koraput district and one each from Berhampur, Puri and Gajapati.

This is not the first time that juveniles have made a daring escape from the observation home.

Earlier in May, 2020, seven juveniles had escaped from the observation home. While four of them were later nabbed, three are still on the run. In May 2014, over 20 inmates had fled the government-run facility after attacking its staff, including the superintendent.