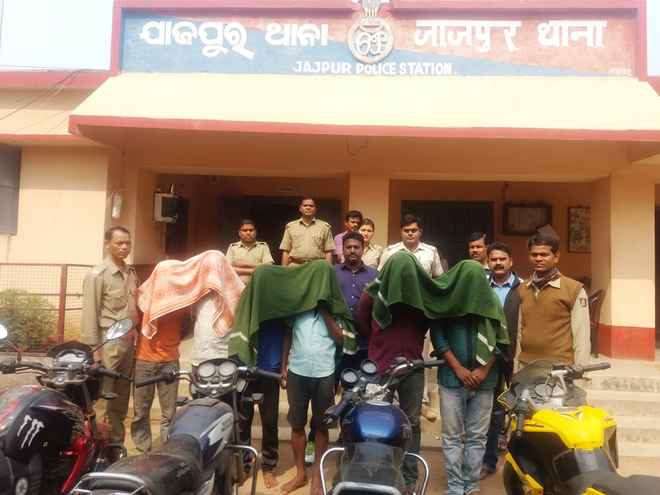 They used to target college going girls and flee away looting bags from them.

According to reports, one undergraduate student of Narasingh Choudhury Autonomous College, identified as Seema, was staying in a private mess at Banapur.

On January 24 while she was returning to her mess after attending computer class in the evening, an unidentified youth fled away looting her bag from cycle.

The bag contained her ATM card, mobile phone, Rs 1100 and some educational certificates.

Later, Seema dialed her number which was received by the looter, identified as Jitendra Nayak alias Badal of Basudevpur area.

Interestingly, Badal put a condition to return the certificates if she shared the pin number of the ATM card.

Seema filed a complaint at Jajpur police station regarding the incident following which police nabbed Badal from Markandpur area after tracking the mobile phone location and seized two theft bikes from his possession.

Police started further investigations based on his information and busted a bike theft gang.

Five persons aged between 25-30 years were arrested in this connection.

Police have forwarded the six arrested to court.

RBI cautions against use of bitcoins, other virtual currencies