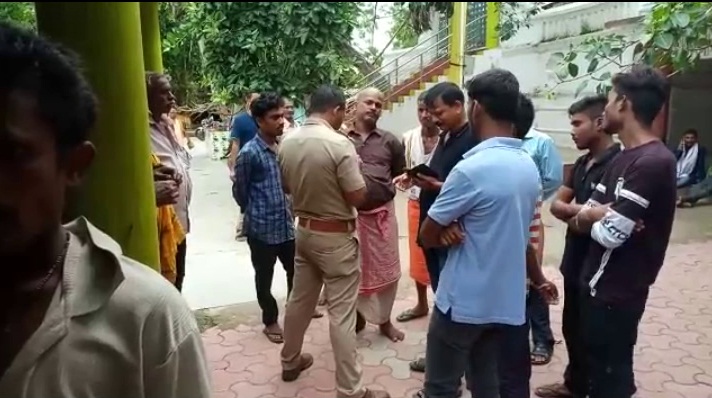 Salipur: In an instance of open challenge by anti-socials to police administration, miscreants disguised as police personnel allegedly kidnapped a man from the renowned Nemala mutt here today.

The victim was identified as Subhendu Mohapatra, a realtor by profession and resident of Bhimtangi area in Bhubaneswar.

The incident occurred in the broad daylight in front of the mutt.

According to reports, Subhendu along with his family had visited the mutt today. While his wife and other members of the family were inside the mutt, six miscreants forcefully took him to their vehicle. When the locals hindered, they identified themselves as cops and asked them not to interfere in their duty.

“Total six miscreants caught that person and forced him to enter into their SUV. However, he was not shouting for help. When we approached towards the vehicle, one of them showed his card saying that they are the police personnel. Inside the vehicle, one of the abductors said that the person is a criminal and you people stay away from the matter,” an eyewitness narrated.

The Salipur police initiated probe into the incident following a complaint by the victim’s wife.

Though no development in the case has been made so far, but police recovered a paper name plate of the vehicle, which was used for ‘abduction’, bearing the number OR 05 S 1193.

The locals suspected past enmity behind the alleged kidnapping of the person.

However, the victim’s wife denied disclosing anything to media saying that she was unaware what happened in front of the mutt.

“I don’t know what happened. I was inside the temple. After coming out of the mutt, I came to know from the locals that my husband has been kidnapped,” said Lopamudra Mohapatra, Subhendu’s wife.