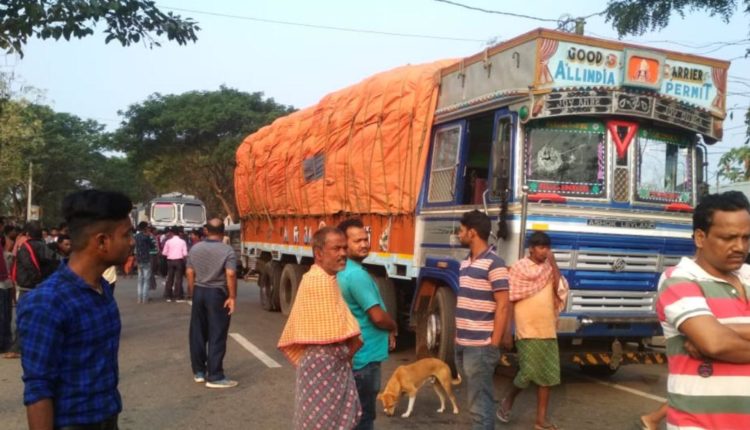 Nayagarh: A six-year-old boy died after allegedly being hit by a truck at Subalaya Chhak in Daspalla area of Odisha’s Nayagarh district, today.

According to reports, deceased Subham Biswal, a class-II student, was crossing road after buying breakfast around 6.30 am when a speeding truck knocked him down killing the boy on the spot.

Locals nabbed truck driver Shardik Sheikh when he was trying to flee the spot and thrashed him. They later handed him over to police. Irate locals also staged a road blockade demanding compensation for the family of the deceased.

Police have seized the truck and started investigation.