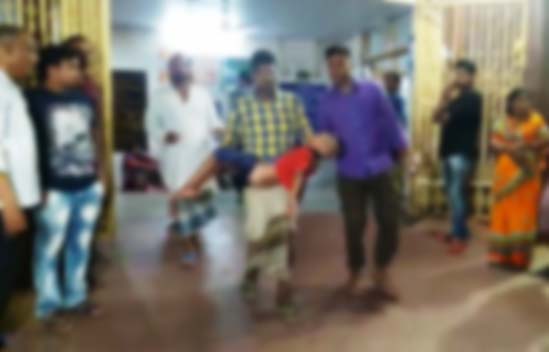 Salipur: In ongoing disturbing and heinous trend across India, a six-year-old girl was allegedly raped in Salipur area in Cuttack district.

The survivor was rescued in an unconscious state from a school street in Salipur. She was admitted to SCB Medical College & Hospital in critical condition for treatment.

Police today arrested one accused identified as Md. Mustafa in connection with the rape. The accused was arrested under sections 376, 307, I (M) of IPC and POCSO Act.

According to reports, the girl was missing after she went to a shop near Jagannathpur Nodal Upper Primary school to purchase chocolates at around 6 pm on Saturday. The family searched her everywhere but did not find her.

The family found her lying unconscious on the school street at around 7.30 pm.

Initially, the girl was rushed to Salipur Community Health Centre and later shifted to SCB Medical and College after her condition deteriorated.

A source said that it is yet to be clear whether the girl was raped or not. It will be clear after medical examination.

The condition of the minor girl is critical. A team of 13 doctors has been constituted for treatment of the victim. It can be ascertained whether the girl was raped or not after getting reports from various departments, said Health & Family Welfare Minister Pratap Jena.

According to preliminary investigation, it appears that the girl was subjected to physical assault. A perk chocolate was found from the spot where the girl was rescued.

Earlier in the day, the locals staged road blockade at Kajihat demanding strong action against the culprits behind the heinous crime.

‘Congress will rise, Odisha will smile’