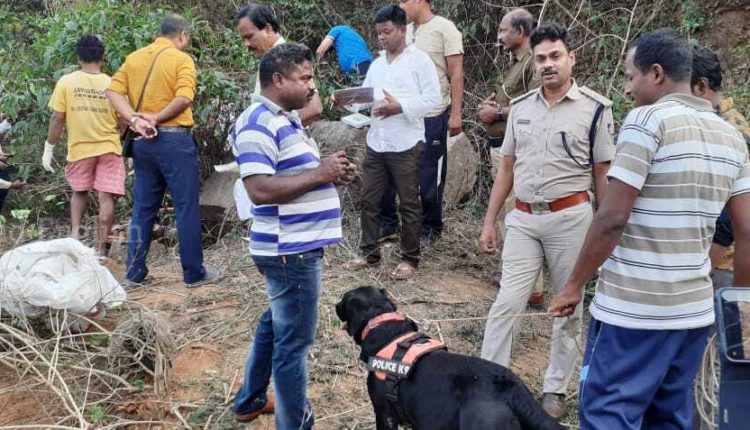 Rayagada: Skeleton of a missing CRPF jawan was found near Nuasahi hills adjacent to NH-326 today afternoon. Preliminary investigation revealed the skeletal remains were of a CRPF jawan of fourth battalion, identified as Dharam Deb (51), who was missing since last December.

Locals complained of foul smell emanating near the foothills of Nuasahi hills and informed the police. After receiving information, a team of police officials along with scientific team reached the spot. During an investigation, two bags were found near the human skeletal remains. As per reports, the bags were containing two uniforms, two mobile phones, bank cheque book, two pairs of sandals, shoes and a blanket. Also, an Aadhaar card was found in one of the bags establishing the identity of the person whose skeletal remains were recovered.

Police suspected that the CRPF jawan might have been killed as the skeleton was headless.

Sources said Dharam, a resident of Uttar Pradesh was not interested to move to Delhi as he was asked to join duty in the national capital.

He had left the 4th battalion CRPF camp on December 19, 2019, but did not join the duty in Delhi by January 2. Following this, the CRPF authorities had filed a missing complaint at the Rayagada Sadar police station.

Delhiite all praise for Odisha govt for facilities at COVID hospital

One more journalist succumbs to COVID-19 in Odisha