Slain Odia cameraman’s colleague remembers him for love of challenges 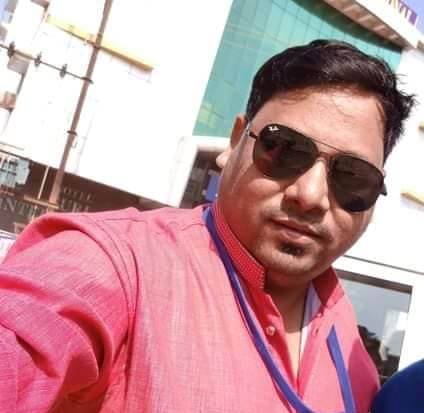 Raipur: Achyuta Nanda Sahu, the 34-year-old cameraman from Odisha who died in a Maoist attack in poll-bound Chhattisgarh state on Tuesday, was always up for challenges, said his colleague at Doordarshan TV.

“He was jolly by nature… always ready to take up challenges. I don’t remember a time when he said no to an assignment.

“He always liked going for challenging stuff. We went to many events together. His death was such a shocking news for me. I don’t have words to express how bad it feels to have lost a colleague and friend like him,” said Sudharkar Das, a reporter at DD News.

Hours before Sahu was killed, along with two police personnel identified as Mangal Ram and Rudra Pratap Singh, he had uploaded pictures on Facebook of waterfalls in the district and two selfies with the caption — “At Dantewada Chhattisgarh Election Yatra”.

He certainly couldn’t envisage that this was going to be his last day and he would never return home.

His Facebook account describes him as a video journalist hailing from Loisingha, Odisha. He was currently living in Delhi.