Slow down! Speeding motorists under watch in Odisha Capital 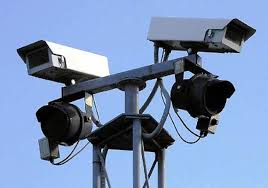 Bhubaneswar: If cruising at speed on Bhubaneswar city roads, think twice. The Bhubaneswar Smart City Limited (BSCL) has installed speed violation detection systems (SVDS) at 12 locations in the city to keep an eye on speeding motorists.

Official sources said the speed violation detection systems are fully integrated with the central database of the Government of India.

The locations in the city where the SVDS has been installed as follows: Capital to AG, mid block of Rajpath, Baramunda to Khandagiri, Vani Vihar to Rasulgarh, Sainik School to Acharya Vihar, Shashtri Nagar to 120 Battalion, Near Trident Hotel, Infocity to Patia, Near Madhusudan Park, KIIT to Silicon Square, Nakagate to Kalinga Studio, Ekamra Kanan Road.