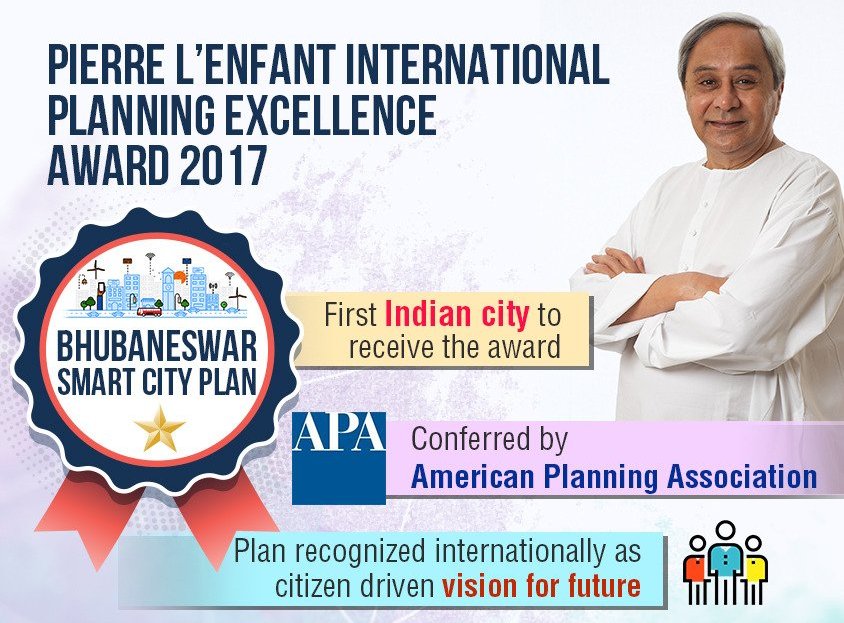 Smart City Bhubaneswar has added another feather to its cap after it won National Planning Excellence and Achievement Awards-2017 awarded by the American Planning Association (APA).

The Odisha capital has been selected to receive Pierre L’enfant International Planning Excellence Award. Notably, Bhubaneswar is the only Indian city to have won this award this year.

Odisha Chief Minister Naveen Patnaik expressed his happiness after Bhubaneswar got the award.

The awardees will get their recognition during APA’s National Planning Conference at a special awards luncheon May 8 New York City.