Smart school in Odisha not so ‘smart’; teachers use almirah as blackboard 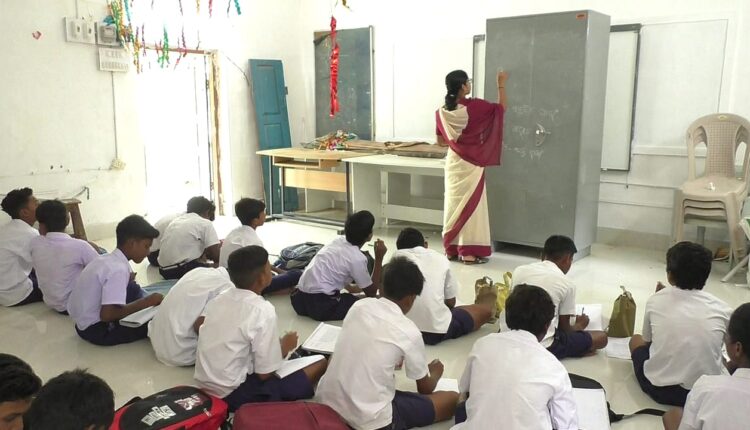 Sonepur: Despite various programmes to upgrade public education system, the schools are found in utter state of neglect in Odisha.

The poor infrastructure in one of the state-run schools in Sonepur district which was recently recognised as the smart school clearly proves government apathy.

The students of Binka High School, which was transformed into a smart school by Chief Minister Naveen Patnaik at cost of Rs 45 lakh four months ago, are found studying without basic school equipment including blackboard and table.

Sources said that the smart school, where the student should avail education through advanced technology, seems to be not so smart as the teachers use almirah as blackboard for teaching to students.

Total 111 students (all boys) study in Class 9 and 10 at the Binka High School. Deprived of getting education materials, the Class 9 students study sitting on the floor inside their classrooms.

“The classes are being held in other room after the plaster fell off ceiling of the classroom. There is no chair, table and smart blackboard. The teachers are using almirah as the blackboard,” said Amit Kumar Meher, a Class 9 student.

As the construction of toilet is underway, the students are facing immense difficulties for sanitation during school hours, he added.

On the other hand, the school and its furniture are in dilapidated state. Besides, entire premises of the school are filled in bushes.

Unfortunately, the education authorities of Binka are unaware of the condition of state government’s dream project.

“The construction work for the smart school is in process. However, the condition under which the education is being imparted here came into notice now,” said Binka BEO incharge Ganesh Kisan adding, “appropriate action will be taken following inquiry into the issue.”