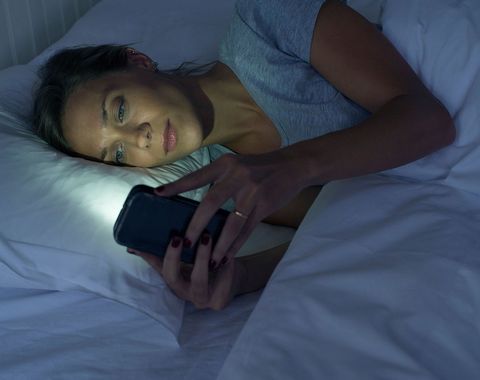 Bengaluru: A whopping 92 per cent Indians check their phones just before going to sleep, said a study on Tuesday which revealed that digital services have emerged as a major sleep disruptor, adversely affecting the health of people.

Of the 50,000 responses collected for the study, 54 per cent said they indulged in social media and over-the-top (OTT) platforms late into the night, a 2x increase over last year, said the Great Indian Sleep Scorecard (GISS) 2020, an annual study by sleep solutions provider Wakefit.co.

Nearly one third of the respondents acknowledged that avoiding digital devices would improve their quality of sleep.

“We have seen sleep being forsaken for a long time now and people increasingly succumbing to lifestyle pressures. The third edition of the survey sees a rise in addiction to digital devices and sleep being the first casualty of this trend,” Chaitanya Ramalingegowda, Co-founder and Director, Wakefit.co, said in a statement.

Sleep deprivation has been known to impact immunity, metabolism and mood, while increasing the chances of chronic lifestyle ailments such as obesity, diabetes and high blood pressure.

While digital devices formed the majority of the respondents’ cause for staying up late, work induced stress also ranked high with 33 per cent attribution.

Compared to last year’s survey, there was also an 80 per cent increase in the number of people who do not go to bed with their partners.

People in the age group between 25-34 showed maximum signs of sleep-related problems, according to the study.

It spans across all Indian cities and records insights across age groups, starting from 18 years.