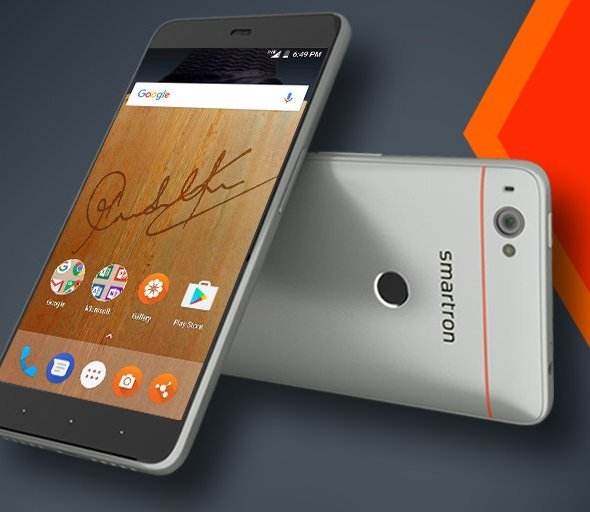 When it comes to making a good beginning in the fast-evolving Indian smartphone market, it doesn’t matter even if you are as grand an icon as Sachin Tendulkar.

Priced at Rs 13,999, the device competes in the mid-range market with recently launched behemoths like Redme Note 4, Honor 6X, Vivo Y55s and Moto G5/G5 Plus.

Does it stand a chance? Let’s find out.

srt.phone is the company’s second smartphone and like the earlier t.phone, the device packs the “tron.x” ecosystem, providing users access to various services from Smartron.

Built on the world of “Internet of Trons”, the “tron.x” ecosystem allows instant access to your profile, data, content, services, Cloud, care, community and other IoT devices whether you are at home, in the car or at the office.

srt.phone comes with a removable plastic back cover. It has its volume rocker on the right side with the power button and 3.5mm jack at the top. Housing a fingerprint scanner, the device has two speaker grills and Type-C port at the bottom.

The 5.5-inch full-HD IPS display with Gorilla Glass 3 has good brightness levels, making it easy to use even in direct sunlight.

srt.phone is powered by a Qualcomm Snapdragon 652 SoC and has up to 4GB of RAM and 64GB of storage.

We witnessed nominal lags while putting the device through heavy usage, including internet and multiple apps running simultaneously. This also consumed a lot of battery power — but thanks to a fast charger, we never had to wait long.

The best feature is the near-stock Android Noughat 7.1.1 — with the promise of an Android ‘O’ update. srt.phone also has Microsoft’s Office suite of apps but no extra bloatware.

srt.phone has a 13MP rear camera with an f/2.0 aperture. The front 5MP sensor is average for selfies in daylight.

It has a 3,000mAh battery that always appeared a bit less to run the device. We managed only 13 hours and 17 minutes in a single charge.

The plastic back panel is a put-off. Competitors such as Xiaomi Note 4 have a full-metal body in the same price range.

The camera quality is average in daylight and poor in low light with grainy output. Also, the odd placing of the power button at the top is something that can annoy users.

While companies are looking to improve designs, srt.phone is bland and unattractive.

Conclusion: If you are a Tendulkar fan, don’t want to buy a Chinese smartphone, wish to use stock Android and camera quality doesn’t matter much to you, go for srt.phone. Else, there ain’t many reasons to look at it. (IANS)