Smriti Irani lauds ‘Thappad’: Not ok to hit a woman

New Delhi: Union Minister of Women and Child Development Smriti Irani has given a shout-out to Bollywood actress Taapsee Pannu’s upcoming film “Thappad” and said that it is not ok to hit a woman not even one slap.

Irani on Sunday took to Instagram, where she shared the trailer of the film, directed by Anubhav Sinha.

“I might not support the political ideology of the director or may disagree with some actors on some issues but this is a story that I will definitely watch and hope people watch it with their families. It’s not ok to hit a woman… not even a slap… not even JUST one slap.” 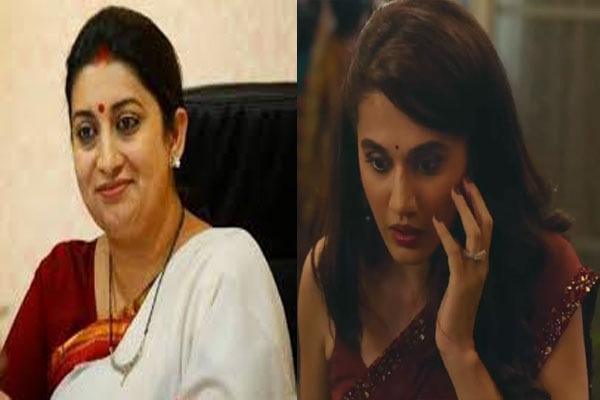 “Thappad” takes a serious look at the issue of domestic violence, with particular focus on how violent behaviour is ground for divorce, irrespective of the number of times it happens. Simply put, even if it is just one slap, it counts as domestic violence.